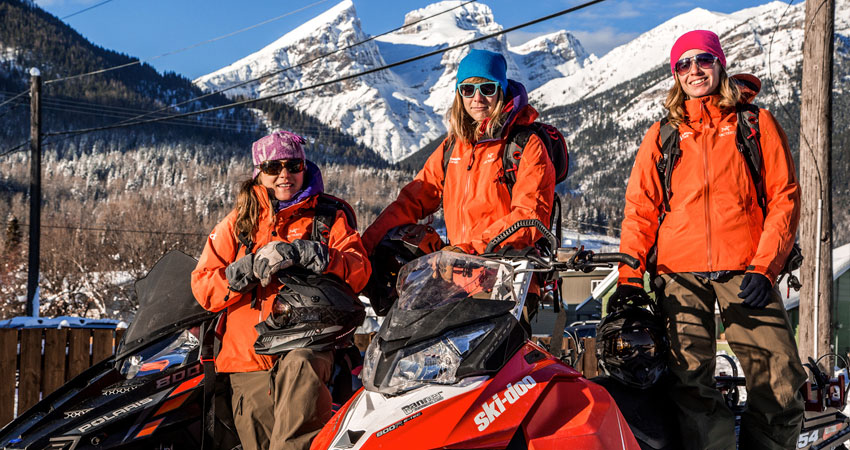 Safe Snowmobiling in the Elk Valley

In 2012, Teck sponsored Avalanche Canada to create the South Rockies Field Observer Program, a team of three avalanche technicians who travel through the region on snowmobile and skis collecting weather, snowpack and avalanche observation data.

At Teck, many of our operations are located in areas with abundant outdoor recreational opportunities. In the Elk Valley of British Columbia, where we operate five coal mines and have regional offices in Sparwood, backcountry snowmobiling is a popular activity for residents, many of whom are Teck employees.

While the sport is popular and allows snowmobilers to experience the beauty of the natural surroundings, there are hazards, particularly related to avalanches. Given our commitment to safety, we saw an opportunity to get involved.

In 2012, Teck sponsored Avalanche Canada’s South Rockies Field Observer Program, a team of three avalanche technicians who travel through the region on snowmobile and skis collecting weather, snowpack and avalanche observation data. This information helps Avalanche Canada produce daily forecasts for the region, which spans the border between B.C. and Alberta.

From parking lots to mountain tops, the South Rockies Field Team builds relationships with local riders and skiers and helps to build a strong culture of avalanche awareness and safety. Another way the team reaches people is through their popular regular blog featuring videos. Through Teck’s support, the South Rockies Field Observer Program has proven highly effective for promoting backcountry safety in the local community.

“We are very proud that Teck is one of our founding partners,” says Gilles Valade, Executive Director of Avalanche Canada. “Since the beginning of our relationship, Teck has demonstrated a tremendous commitment to public avalanche safety. This is a highly successful collaboration and Teck is our standard for how to best engage with private industry.”