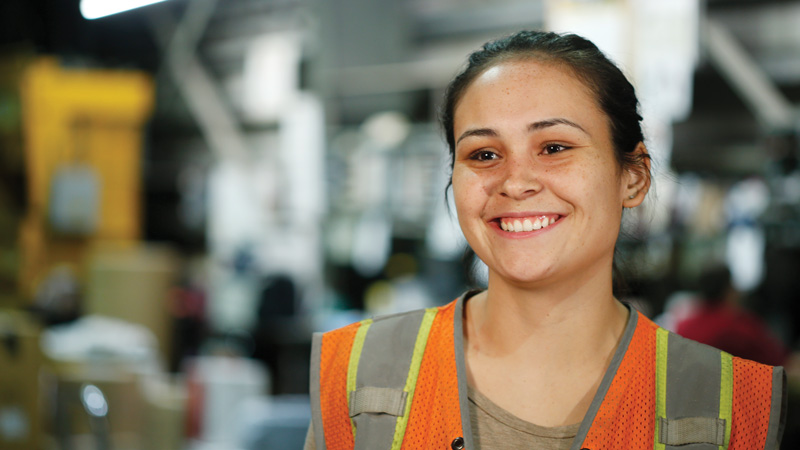 Red Dog Operations, one of the world’s largest producers of zinc concentrate, is located about 170 kilometres north of the Arctic Circle in Northwest Alaska. For more than 25 years, Red Dog and the people of the Northwest Arctic region have worked together to create jobs and opportunities to make the region stronger. Red Dog was developed under an innovative operating agreement between the landowner NANA, a Regional Alaska Native corporation, and Teck.

We work to engage with the local villages and continuously demonstrate our ability to effectively manage environmental and social impacts while providing opportunities and mutually defined benefits throughout the mining life cycle. We recognize that the strength of our community relationships is vital to how we create long-term sustainable benefits for the local population.

Over $5 billion in benefits have been realized by the region in the form of payments such as wages, taxes, royalties and community investments since the operation began. More than 715 jobs are directly supported by Red Dog, making the mine the largest source of non-government jobs in the entire region.

In addition to job creation, Red Dog undertakes a number of other projects to support the community, such as a scholarship program. Maggie Dunleavy has been working at Red Dog Operations for the past two years and has a long family history of working at the mine. Maggie began her employment as a college student and upon receiving a scholarship, is now free of student debt.

In addition to scholarships, Red Dog has partnered with local schools to support job development. Dr. Annmarie O’Brien, Superintendent of the Northwest Arctic Borough School District, recognizes the impact of Red Dog on educational opportunities in the Northwest Arctic. “Teck is instrumental in supporting the school’s Career Technical Education Program, which has seen the second-highest increase in the high school graduation rate in the past five years for the entire state”, said Dr. O’Brien. “My assistant’s daughter and her son work at Red Dog, so I see first-hand the lives they’re able to lead as a result of being able to get high-paying and high-quality jobs.”

As the mine life is expected to continue to 2031, Red Dog and local governments are working together to build on a solid track record, one that supports both the mine and the communities of the region.