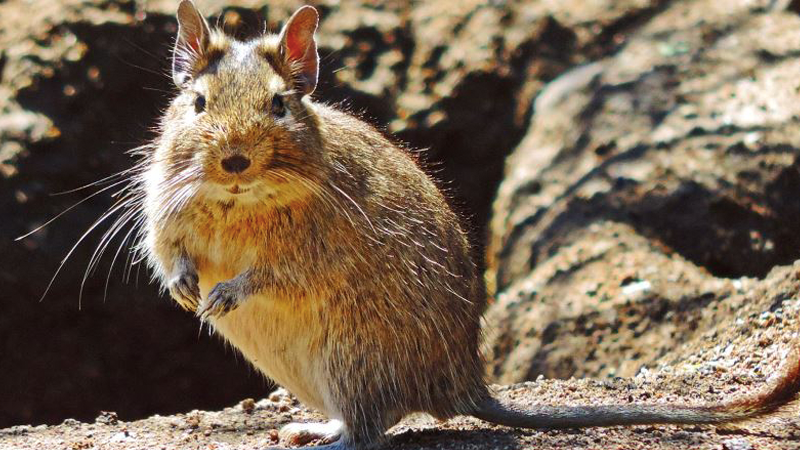 The biodiversity in the central-north part of Chile resembles that of an island ¬- a vast number of its unique flora and fauna species do not migrate. As a result, a large portion of these species are endemic, meaning they are found nowhere else on earth. Unfortunately, many of these species have not fared well over the past few decades. Along with birds and mammals, native plants have suffered from challenges such as habitat loss and the spread of invasive species. 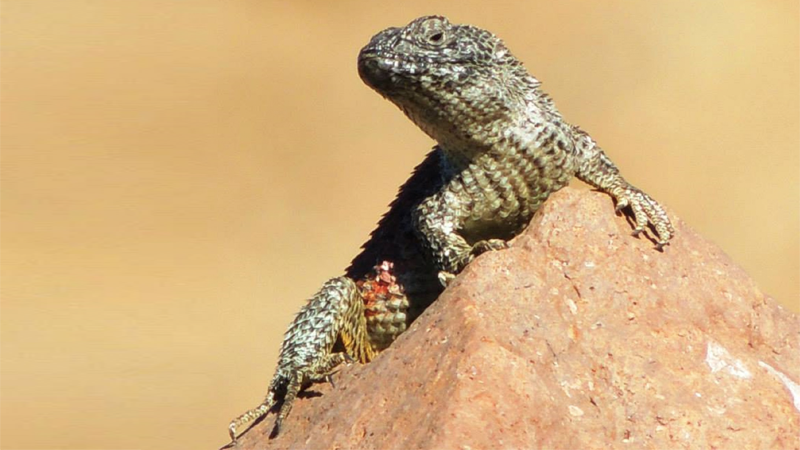 The shining tree iguana, Liolaemus nitidus, is a species of lizard that is endemic to Chile.

In 2014, our Carmen de Andacollo (CdA) Operations launched the Runco Project, which aims to protect the most vulnerable flora and fauna in the Andacollo region. The area, spanning 20 hectares of semi-desert landscape, contains hills with low vegetation and rocky outcrops, which is the ideal habitat for unique cacti, reptiles, birds and small mammals.

The Runco Project includes over 4,000 endemic species as well as a nursery for endemic seeds. The area is recognized by the Chilean Ministry of Environment, who have agreed to support the preservation of the species contained within Runco. 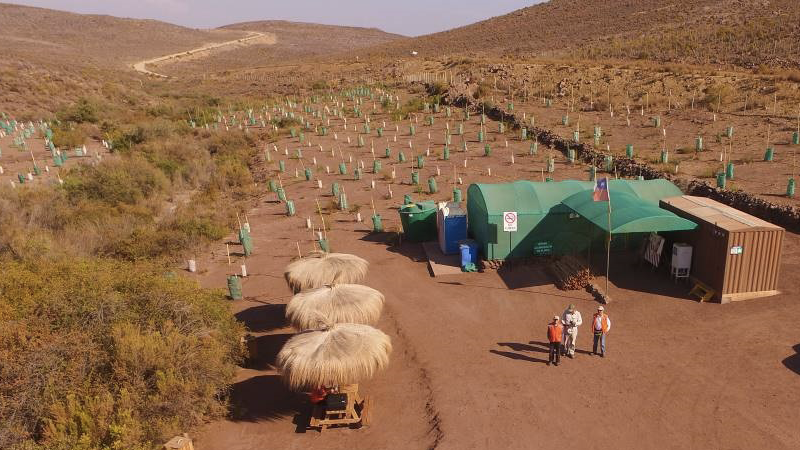 The Runco Project is located in the El Runco sector of Andacollo.

At the start of the project, we planted 200 native trees and shrubs that became an ideal shelter for a wide range local birds and mammals. One example of the native trees we planted, is the guayacan. In Chile, the guayacan tree is found between the Limarí and Colchagua provinces, on the slope of hills, ravines, and valleys exposed to the sun. Given those conditions, the species grew for many years in the area of Andacollo. However, the guayacan was near extinction due to the overuse of wood from the tree for craft purposes. Today, the Runco Project is home to more than 900 guayacan trees. The guayacan tree is a bush that can grow eight feet tall and produce fruit in a violet coloured capsule.

The conservation area that Runco encompasses, provides shelter to a wide range of local animals, such as the yaca, the degu and the chiricoca. The yaca is a small Chilean marsupial with nocturnal and climbing habits. Weighing less than one pound, this species is now a rare find beyond the project area.

the yaca, also known as the Chilean mouse opossum, is from central Chile.

"The Runco Project is part of our vision of having a net positive impact on biodiversity,” said Manuel Novoa, General Manager, CdA. “Here we have thousands of unique species that will be left in an improved state thanks to this project.”

The Runco Project is accessible to the public and community of Andacollo, so that everyone can share in the benefits of this blossoming natural environment.