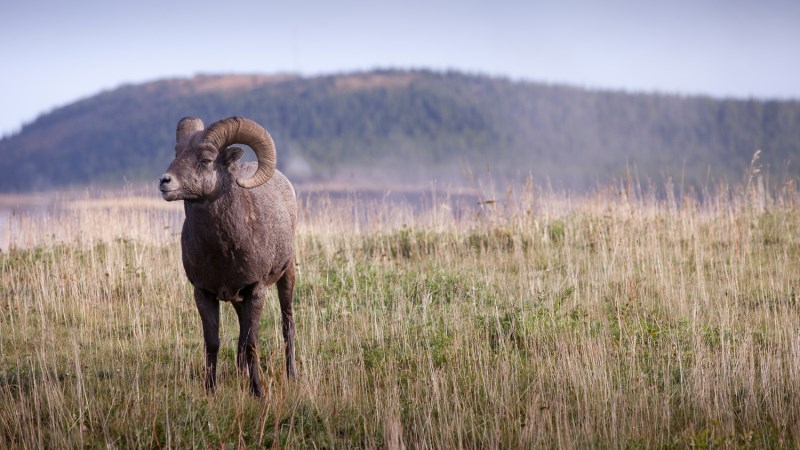 "Given the health of our bighorn sheep population, being able to help restore weaker populations is simply the right thing to do.” Larry Matwie, Permitting Officer, Environment, CRO

Since the 1980s, we have helped transfer 368 bighorn sheep from our Cardinal River Operations (CRO) to various jurisdictions throughout North America to help rebuild depleted herds.

CRO, located in the Rocky Mountains in Alberta, is home to the healthiest bighorn sheep population in North America — numbering approximately 950. The Rockies are known for their bighorn population with large bodies, good lamb-to-ewe ratios, and high density and numbers. Our reclaimed Luscar pit at CRO provides excellent year-round habitat for bighorn sheep, including terrain that helps protect the animals from predators and provides shelter for giving birth, as well as high-quality forage and saltlicks for nutrition.

Since the 1980s, we have helped transfer 368 bighorn sheep from CRO to various jurisdictions throughout North America to help rebuild depleted herds.

Most recently, in February 2012, working in conjunction with Alberta Sustainable Resource Development and Nebraska Fish and Wildlife, we facilitated the collection and transfer of 41 bighorn sheep to Nebraska. That state’s bighorn sheep population began to decline in the late 1800s due to loss of habitat, unregulated hunting, and disease. Efforts to rebuild the population began in the late 1970s and continue to this day.

“Given the health of our bighorn sheep population, being able to help restore weaker populations is simply the right thing to do,” said Larry Matwie, Permitting Officer, Environment, CRO.

Alfalfa hay is used to attract the sheep, and a large net is used to gently capture them. Approximately 60 volunteers, veterinarians and wildlife biologists safely collect and prepare the sheep for transfer. The animals are blindfolded to help keep them calm, and GPS collars are affixed so Nebraska Fish & Wildlife can monitor them upon release.

Once collected, the sheep are examined at the capture site and loaded onto trailers by Canadian Food and Inspection Agency veterinarians. To ensure their safety, the animals’ vital signs are monitored by veterinarians throughout the 48-hour, 2,000-kilometre journey. Upon arrival in Nebraska, the bighorn sheep are released into the wild near the town of Harrison to start a new herd and to help repopulate the bighorn range throughout the state.

With a healthy bighorn sheep herd at CRO, we are proud to be able to help our American neighbours rebuild their own populations in such a collaborative way.

This story first appeared in our 2012 Sustainability Report.