Creating Fresh Water in the Atacama Desert of Chile 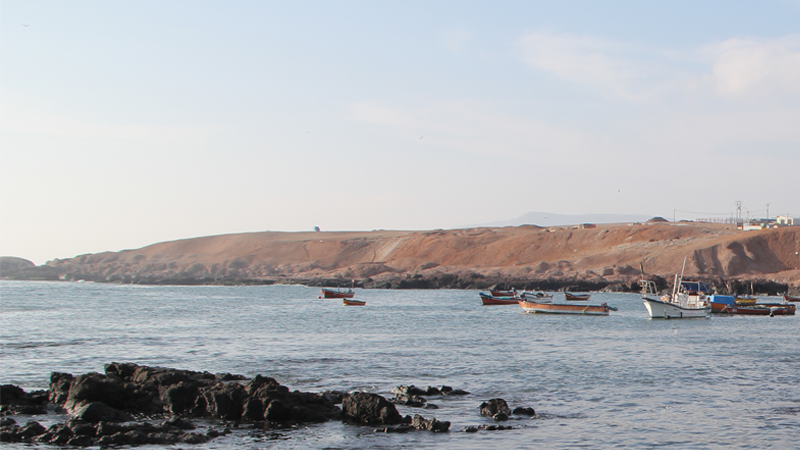 The Atacama Desert in northern Chile is rich with mineral deposits, including Teck’s Quebrada Blanca Phase 2 (QB2) project that is one of the largest undeveloped copper resources in the world. However, although the region has an abundance of minerals, it lacks in available fresh water.

The Atacama Desert is one of the driest places on earth and fresh water, which is critical to the mining process, is a vital resource to be used sparingly. To preserve the availability of freshwater for others, as part of the QB2 project we will be building a desalination plant to enable the use of desalinated seawater in place of fresh water for the mining process.

“Given our proximity to the Pacific Ocean, we wanted a way to use seawater for the mining process at QB2 so we could protect the region’s supply of fresh water and support our sustainability commitments,” said Francisco Raynaud, Port Manager of Teck’s QB2 project. “To achieve this, we have partnered with IDE Technologies  from Israel, one of the most prominent desalination companies in the world, which builds plants to the scale that QB2 requires.”

QB2’s desalination plant will be the first large-scale use of desalinated seawater for mining in Chile’s Tarapacá Region. The desalination process works through reverse osmosis, where a semi-permeable membrane is used to remove ions, molecules and larger particles to create fresh water.

Seawater will be pumped to the plant and purified, then pumped by five booster stations up 4,300 metres of altitude to the concentrator plant where it will be needed. The leftover concentrated saltwater (brine) is pumped back into the Pacific Ocean at a depth of 40 metres (750 metres from the coast) to ensure there is enough dilution to be compatible with the ocean’s ecosystem.

When operating at full capacity, the plant will purify about 1,300 litres per second, which is enough to fill an Olympic-size pool in 40 seconds. Suction pipes used to collect seawater are almost a metre in diameter and located nearly 250 metres from land at a depth of 30 metres and are designed to ensure full compliance with coastal protection requirements.

Located 240 kilometres southeast of Iquique, QB2 will be a premier asset, with low operating costs, an initial mine life of 28 years and significant potential for further growth. First copper production is currently planned for the second half of 2021. Learn more about QB2.