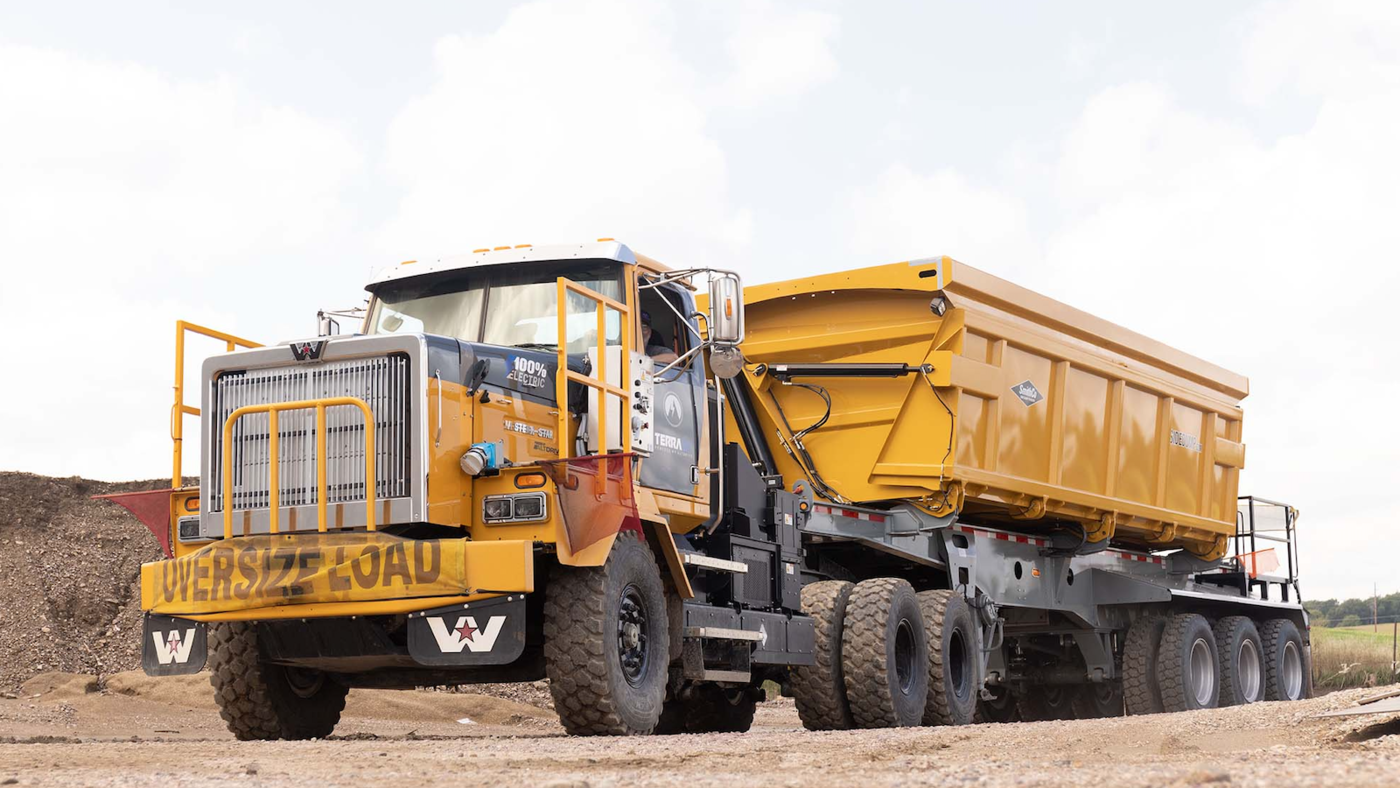 This pilot of the MEDATech ALTDRIVE-powered fifth-wheel Western Star will help to advance Teck’s  goal of displacing the equivalent of 1,000 internal combustion (ICE) vehicles by 2025. It will also provide valuable learnings for the electrification of Teck’s vehicle fleet on the path to achieving the company’s goal of reducing the carbon intensity of its operations by 33% by 2030 and becoming a carbon-neutral operator by 2050.

“Testing and implementing new electric vehicle technologies is one way we are taking concrete steps towards achieving our goal of being carbon neutral across our operations,” said Don Lindsay, President and CEO, Teck. “Teck is already one of the world’s lowest carbon-intensity producers of copper, zinc and steelmaking coal, which are key materials to enable the low-carbon transition, and we are committed to further reducing the carbon intensity of our operations to support a cleaner future.”

The pilot is expected to begin in summer 2022 and is projected to eliminate 418 tonnes of CO2 annually – the equivalent of approximately 90 passenger cars – for the first pilot vehicle, while also reducing costs through fuel savings and reduced maintenance.

“The fully-electric ALTDRIVE system is designed for this haul cycle at HVC requiring a vehicle that weighs 65,000kg loaded, 25,000kg unloaded, and completes the same four to five 95-kilometre roundtrips every workday,” says Robert Rennie, President, MEDATech. “Since the truck batteries will charge on the downhill haul through regenerative braking, the rig will require only a short battery recharge at the Ashcroft, B.C. rail terminal so the haul cycle time is expected to be the same as a conventional truck.”

The battery-electric drive system is expected to work more efficiently than a comparable diesel engine, outputting a constant 620kW (approximately 830 horsepower) and is configured to continuously output almost double the amount of torque.

This pilot project builds on Teck’s GHG reduction initiatives, including the recently announced agreement to work towards deploying 30 of Caterpillar’s zero-emissions large haul trucks at its steelmaking coal operations in the Elk Valley.

About Teck
As one of Canada’s leading mining companies, Teck is committed to responsible mining and mineral development with major business units focused on copper, zinc, and steelmaking coal, as well as investments in energy assets. Copper, zinc and high-quality steelmaking coal are required for the transition to a low-carbon world. Headquartered in Vancouver, Canada, Teck’s shares are listed on the Toronto Stock Exchange under the symbols TECK.A and TECK.B and the New York Stock Exchange under the symbol TECK. Learn more about Teck at www.teck.com or follow @TeckResources.

MEDATech has been designing and building custom mobile heavy equipment since 2003. Our clients are in the Mining, Construction, Waste, Transportation, and Energy sectors all over the world. The one thing they all want is machines that are more efficient, safe, durable, precise and environmentally friendly. So that’s what we deliver.

The people at MEDATech are engineers, technicians, operators and mechanics. They have worked in mines and in other industries where they operated the kinds of heavy equipment that the company builds. This has allowed MEDATech to become expert in building great machines, and in consulting on the solutions clients need.

MEDATech’s tried-and-true ALTDRIVE™ powertrain solution is the result of more than 10 years of development. ALTDRIVE powertrains can be found in mining-related vehicles all over North America.