Every day, high-touch surfaces present health risks to the public. But copper surfaces can help. With naturally antimicrobial properties, copper can help stop the spread of bacteria. And by working together to introduce more copper surfaces in public spaces, we can too.

The Power of Antimicrobial Copper

Copper has unique antimicrobial properties and is proven to continuously kill bacteria that cause infection, is safe for people and the environment, and is the only solid metal touch surface registered as a public health product by Health Canada and the U.S. Environmental Protection Agency. When installed on high touch surfaces, copper will eliminate up to 99.9% of harmful bacteria within two hours.

Antimicrobial copper is effective against bacteria that causes common diseases like staph infections and E. coli. The metal continuously kills bacteria, never wears out and requires no new processes, staff training or special maintenance. It’s 100% recyclable, and minimal amounts are needed for a product to reach antimicrobial efficacy.

Learn more about how antimicrobial copper works by reading this white paper developed in partnership with KPMG and the Vancouver Coastal Health Authority.

Which door would you choose?

The Results are In

Copper and Health at Teck 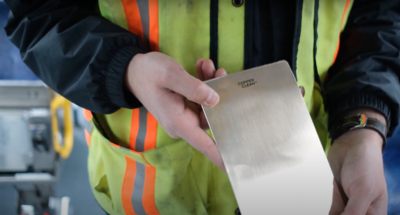 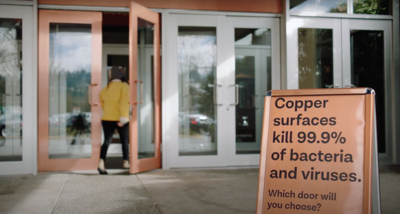 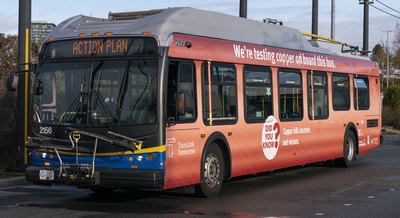 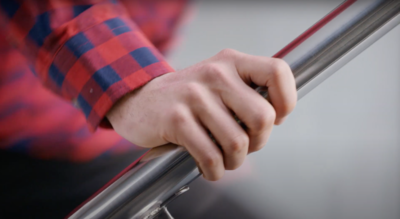 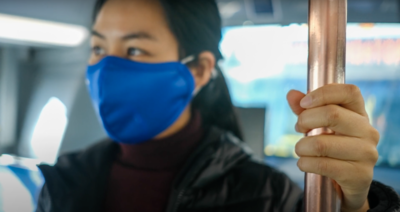 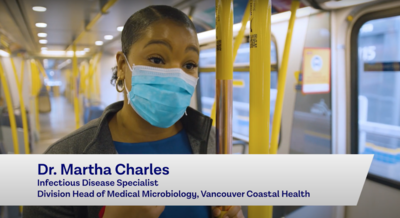 In healthcare facilities across Canada and around the world, harmful bacteria exist on commonly touched surfaces. As a result, patients, healthcare workers and visitors are at risk of becoming infected with serious healthcare-acquired infections (HAIs). More than 220,000 patients will contract an HAI while receiving care in Canada annually, and between 8,000 and 12,000 of these patients will die as a result each year.

HAIs cost the Canadian healthcare system in the range of $4 billion annually. Implementing antimicrobial copper could reduce HAIs by about 20%, creating nearly $1 billion in savings for the healthcare system.

Use of antimicrobial copper can also reduce infections that may be acquired in the broader community through shared spaces and infrastructure.

Teck is a proud member of the Coalition for Community and Healthcare Acquired Infection Reduction and is supporting its goal of an 80% reduction in HAIs. Learn more.

As a major copper producer, we are committed to raising awareness and advocating for the use of copper as an innovative solution to healthcare-acquired infections, as well as infections resulting from bacteria spread in busy public spaces.

There is no commercial benefit to Teck from the increased use of copper in healthcare, as the total quantity of metal required is extremely small.

While antimicrobial copper has been deployed around the world, we are still learning about its full capabilities to decrease risks of bacterial and infection spread in diverse settings

The Copper & Health program is creating partnerships with leading public and private organizations to install and demonstrate the use of antimicrobial copper across sectors to grow knowledge and awareness.

With Canadians’ concern for health and safety in public spaces heightened by the COVID-19 pandemic, Teck has funded the Copper in Transit program to explore the efficacy of antimicrobial copper in public transit.

Phase 1 of this industry-leading project — the first of its kind on a transit system in North America — demonstrated that select copper products killed up to 99.9% of all bacteria in contact with the copper surfaces when installed in select transit vehicles.

During this phase, Teck partnered with TransLink, Vancouver Coastal Health (VCH), VGH & UBC Hospital Foundation, the Coalition for Healthcare Acquired Infection Reduction Canada (CHAIR), and the University of British Columbia (UBC) for the first phase of the trial, which ran for six weeks with the results made public in March 2021.

Phase 2 of the project expanded beyond Metro Vancouver with the added participation of the Toronto Transit Commission (TTC) and the Mount Sinai Hospital/University Network.

Launched in September of 2021, this phase applied antimicrobial copper products to high-touch surfaces on several TTC buses, subway cars, and streetcars, as well as several TransLink buses and SkyTrain cars. Phase 2 will test three types of registered products, including functional copper surface layers, copper alloys, and copper decals, over the course of the year.

Regular bacteria testing (every two months) will be analyzed from copper surfaces as well as non-copper surfaces on transit by Vancouver Coastal Health’ medical microbiology team, supported by Mount Sinai Hospital/University Health Network in Toronto and the University of British Columbia in Vancouver. In addition, Vancouver Coastal Health will be conducting laboratory testing on copper’s ability to kill viruses in addition to bacteria.

Launched in May 2022, the project saw nearly 1,000 antimicrobial copper applications installed on baggage carts, water fountains and washrooms throughout the terminal as well as YVR’s offices, with plans to further expand the installation of antimicrobial copper at YVR in the future. This project utilizes Health Canada registered CuVerro Shield™ by Aereus Technologies and Copper Clean by CopTek.

Partnering with Teck’s Copper & Health program adds an extra layer of reassurance to help YVR deliver a safe, healthy and seamless experience for everyone travelling through the airport.

Teck is partnering with leading hospitals throughout B.C. to support innovative, new infrastructure developments and the installation of antimicrobial copper surfaces to  help reduce the spread of healthcare-acquired infections (HAIs) and keep patients, staff and visitors healthy.

In March 2021, Teck announced a $10 million donation to help build the Emergency Department at the new St. Paul’s Hospital at the Jim Pattison Medical Centre. In addition to addressing the most pressing issues facing emergency departments—including wait times for access to treatment and the increasing trend of patients with complex mental-health and substance-use needs—the new facility will also provide improved protection from HAIs through the use of antimicrobial copper surfaces. 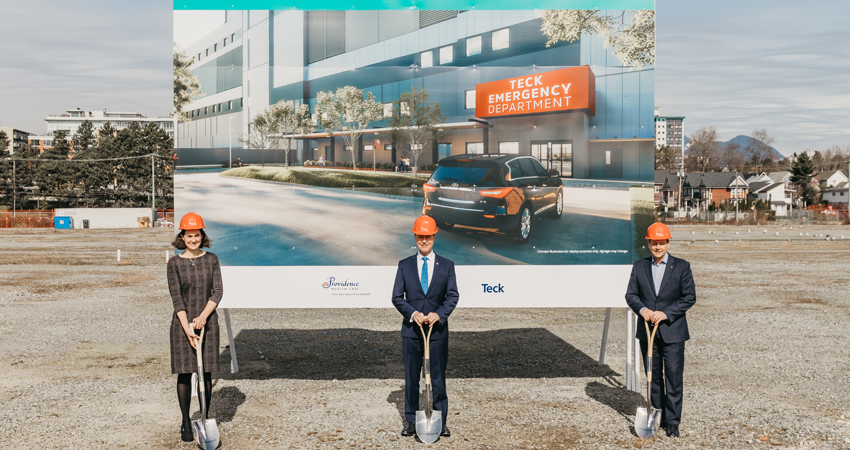 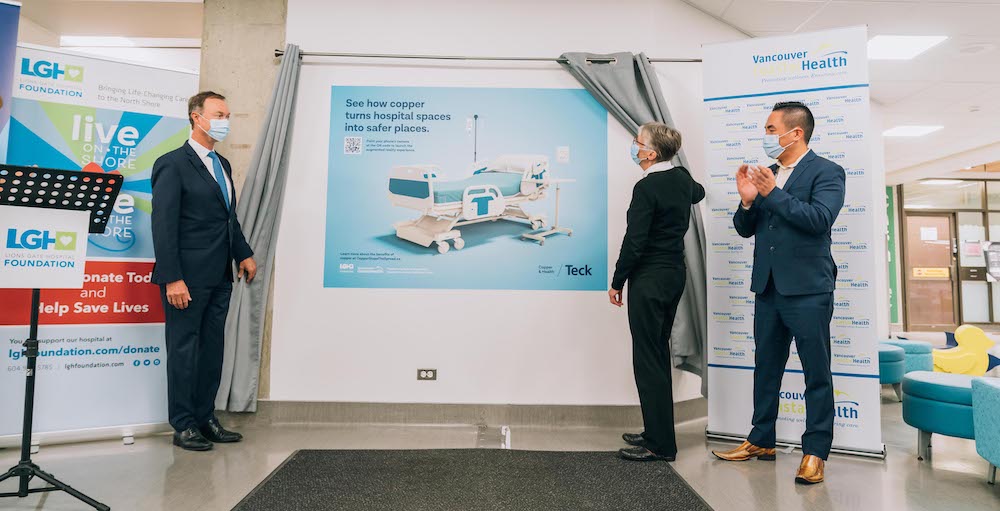 In April 2022, Teck announced a $2.5 million donation to Royal Inland Hospital's new emergency department in Kamloops. The new Teck Emergency Department will feature the installation of innovative antimicrobial copper surfaces and equipment to help protect patients and healthcare workers. The facility upgrades will result in reduced wait times for access to treatment for people when they need it most. 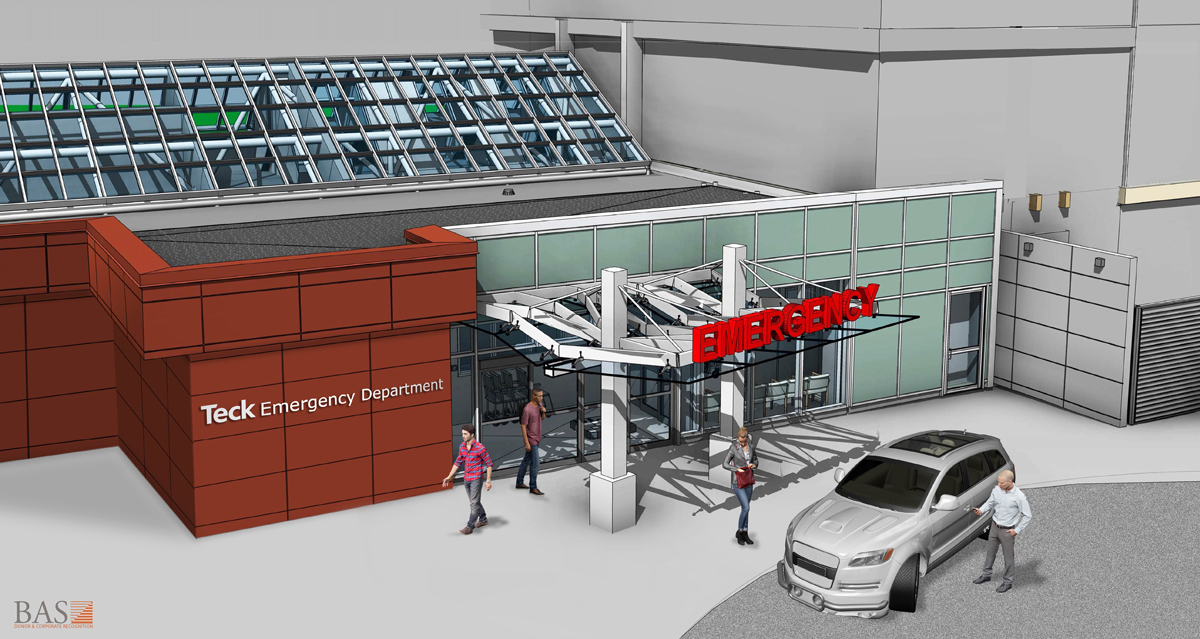 Teck has partnered with the three largest post-secondary institutions in B.C. to install antimicrobial copper surfaces on campuses ahead of students returning for the fall semester. The installations were completed to help reduce the spread of harmful bacteria on high-touch surfaces, while increasing awareness of copper’s antimicrobial properties and highlighting Teck’s involvement in creating safer public spaces.

Antimicrobial copper patches were installed on high-touch surfaces including door handles and push bars. Posters, email and social media posts highlighting the use of antimicrobial copper on campus were used to compliment the installation and increase awareness among students, faculty, staff and visitors.

Teck has partnered with the Laugh and Learn Daycare in Logan Lake, British Columbia, to help construct the first daycare in Canada to include the installation of antimicrobial copper to help protect the health and safety of children, staff, families, and visitors.

Announced in April 2022, this new facility was funded by the Province of British Columbia’s ChildcareBC New Spaces fund program and the District of Logan Lake with contributions from Teck to support the capital construction and inclusion of antimicrobial copper.

Copper & Health in Culture and Sport

Teck has partnered with the Royal Ontario Museum (ROM) in Toronto, Ontario to outfit ROM with innovative antimicrobial copper surfaces. Announced in July 2022, ROM is the first museum in Canada to incorporate antimicrobial copper, which includes door handles, washroom stall latches and other high-touch surfaces to provide an added layer of protection to ensure the health and safety of all those who visit this landmark institution.

This partnership also supports an interactive digital educational program to explain the health benefits of copper and illustrate the important role this natural resource plays in today and for the low-carbon future. This initiative will become part of the curriculum-based programs at ROM.

Copper & Health in the Workplace

Teck is enhancing its measures to protect the health and safety of its workforce by installing antimicrobial copper across its sites. To date this has included its corporate offices in Vancouver, Calgary, Toronto and Santiago.

We are now expanding the installation across our operating sites in North America, identifying the most impactful upgrades to help keep our people safer from the spread of infection.

Building the Evidence Base

While the science behind the effectiveness of antimicrobial copper has been proven through over 200 peer-reviewed studies and publications, the Copper & Health program continues to support expanding the evidence base. Our goal is to build knowledge and understanding about the best uses and durability of antimicrobial copper in multiple settings through partnerships with infection-control specialists and research institutions across North America.

A study currently underway at George Washington University will directly test copper’s impacts on the novel coronavirus, including varied alloys, time periods and conditions. It will build on a previous National Institute of Health study that showed that SARS-CoV-2 was completely destroyed within four hours on copper surfaces, as compared to 24 hours on cardboard, and up to three days on plastic and stainless steel. Results of the Teck-supported study are expected later this year.

The study, published in February 2020 in the Journal of Biointerphases, found that three copper products exhibited significant (albeit varied) bacterial reduction compared to stainless steel, and maintained their efficacy over time; showcasing the value of upfront investment in self-sanitizing surfaces.

In March 2020, the Canadian Standards Association published the first national standard in Canada related to the cleaning and disinfection of healthcare facilities.

The standard will improve healthcare cleaning procedures and encourage innovative approaches that are being increasingly adopted around the world. It includes the first formal recommendation in Canada to introduce coppers surfaces as a means to reduce the spread of infection in hospitals. The International Standards Organization is now developing a global standard based on Canada’s publication.

The ongoing Copper in Transit pilot project will include a significant research component by evaluating copper surfaces across transit vehicles in two regions over the course of a year. This trial will test three types of registered products on buses, subway cars and streetcars in the Greater Toronto Area and buses and Skytrains in Metro Vancouver. 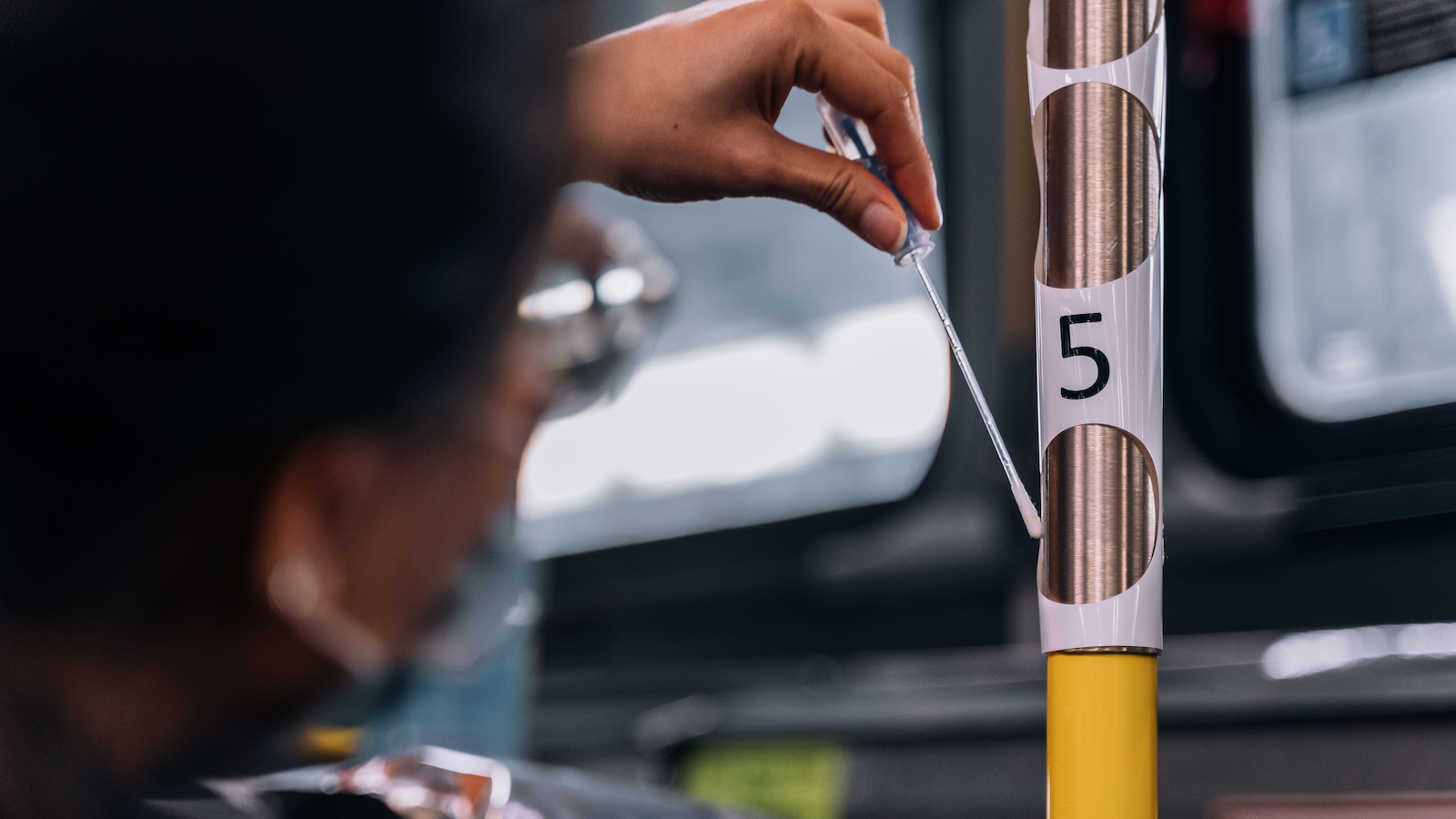 Advocating For The Adoption of Copper

As evidence and in-hospital use of copper surfaces increases throughout Canada, we continue to see growing interest from a number of key stakeholders. Teck is sharing research and information with federal and provincial government agencies responsible for healthcare, education, transportation and infrastructure, public buildings and procurement, and innovation.

Through direct outreach, as well as with trusted advocates such as the Coalition for Community and Healthcare Acquired Infection Reduction Canada (CHAIR), we are continuing to work with government to establish standards and recommendations for the greater use of antimicrobial copper in all new healthcare facility projects, as well as in major public infrastructure.

Teck also continues to build public knowledge and understanding of the use of copper through profiling our major partnership project and providing public information about the benefits of antimicrobial copper through videos and social media content as well as contributions to major publications.

Vancouver Province
Don Lindsay: Copper’s Unusual Antimicrobial Property Gives It a Part to Play in the Battle Against COVID-19

Concord Monitor
My turn: Three cheers for copper in war on pandemics

Fast Company
Copper masks are the latest craze. Should you buy one?

Fast Company
Copper Kills Coronavirus. Why Aren’t Our Surfaces Covered In It?

ABC News
New study: COVID-19 only survives on copper surfaces for up to four hours, compared to three days on plastic and stainless steel

Forbes
Copper Is The New Gold Standard For Saving Lives

World Health Organization
According to the World Health Organization, antimicrobial resistance is one of the ten threats to global health in 2019. Without effective antibiotics, minor infections and medical procedures will become increasingly dangerous. Antimicrobial copper surfaces are one solution: they reduce the spread of infection and prevent the transfer of antibiotic resistance between bacteria on those surfaces. (WHO)