Harnessing the Regenerative Power of Fire through Traditional Knowledge 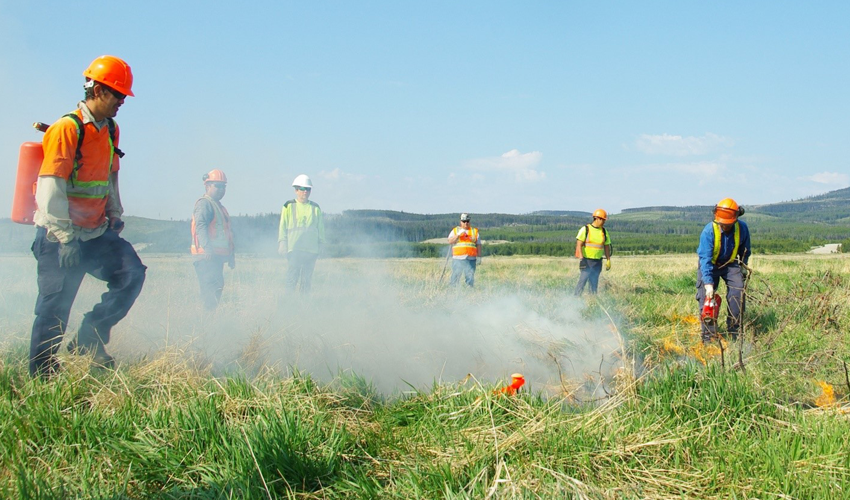 Summer in British Columbia is wildfire season, with the province experiencing record-breaking fire seasons in both 2017 and 2018. As the frequency and severity of B.C.’s wildfire seasons grows, Indigenous traditional knowledge around fire management is increasingly recognized for how it can help to not only manage fires, but also restore landscapes.

At Teck’s Highland Valley Copper (HVC) Operations, we are working with Indigenous Peoples to incorporate traditional knowledge into our reclamation programs. In June 2019, prescribed burns were conducted at reclamation sites at HVC to test the effectiveness of these methods on accelerating ecosystem recovery.

Fire: Integral to the Land

For the Nlaka’pamux people, whose territory covers much of central B.C., controlled burns have been used for centuries, and were once an important part of their stewardship of the land. Fire was used to manage the buildup of combustible materials, to clear land for agriculture, to create grazing lands to enable hunting, and more. Trees such as lodgepole pine and aspen rely on the heat of fire to release their seeds and enable regrowth.

In recent years, post-mining land use goals at HVC have shifted from an emphasis on agricultural and forestry uses, towards natural ecosystems, in order to meet objectives set out by the Nlaka’pamux people and to restore pre-mine ecosystems. Prescribed burning was identified as a way to support the growth of native grasses and cone-bearing trees.

In November 2017, workshops were conducted with Nlaka’pamux community members to learn important aspects about traditional burning practices, many of which have been passed on through generations. HVC’s environment team also conducted a review of uses of prescribed fire in mine-site reclamation.

A total of twelve 20 by 20-meter plots were established, and in early June 2019, several variations of prescribed burns were conducted.

“In designing the trials, we took an approach that brings together scientific and Indigenous knowledge systems, which has helped us develop burning techniques that have the potential to accelerate recovery at our reclamation sites”, said Jaimie Dickson, Environment Supervisor, HVC.

The number of cones, trees, and species was measured for each plot, before and after the burn. HVC’s environment team will continue to monitor the longer-term results of the trials to determine their effectiveness. These trials represent a first of their kind, and have great potential for modelling the application of Indigenous traditional knowledge to other reclamation practices.

Learn more about Teck’s approach to reclamation in the Biodiversity and Reclamation section of our website.