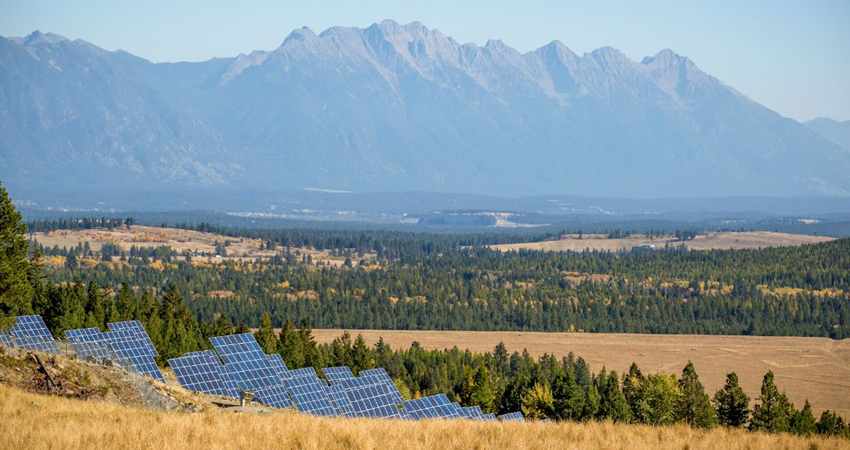 Climate change impacts every part of the world, every community and every person. The sheer scale of the challenges makes it too big and too complex to tackle alone. That’s why, in 2017, Teck began working with a unique group of organizations — industry, environmental groups and academia — to accomplish a shared goal: finding real, effective solutions to climate policy challenges for the extractives industry.

This collaboration, including Teck, Pembina Institute, Clean Energy Canada, academia and members of the resource industry, were first brought together for an informal discussion over dinner hosted by Marcia Smith, Teck’s Senior Vice President of Sustainability and External Affairs, and Merran Smith, Executive Director of Clean Energy Canada. They quickly discovered that, despite their diverse backgrounds, they all had a common desire to ensure that the carbon pricing system in B.C. delivered on its intended objective: to reduce industrial emissions without having unintended negative economic impacts.

In particular, the group focused on the value of carbon taxes as an effective way to reduce carbon emissions when coupled with measures to prevent carbon leakage for emissions-intensive trade-exposed (EITE) industries. Carbon leakage occurs when industry activities and associated emissions shift from one jurisdiction to another because of a difference in the stringency of climate policies, resulting in no net reduction to global greenhouse gas (GHG) emissions, or even a potential increase.

The group collaboratively developed and endorsed a policy based on GHG emissions output that featured a pricing incentive to reduce GHG emissions from industrial activities while also preventing carbon leakage. They took this proposal to the B.C. and Canadian governments, who have both expressed their support and commitment towards pursuing output-based policy mechanisms under their respective carbon pricing policies.

“Canada and B.C. have the opportunity to act as leaders in the world’s transition to a low-carbon economy while also continuing to strengthen our economy and support healthy communities,” said Marcia Smith. “We believe that the broad-based pricing of carbon is one of the most effective ways to incentivize real reductions in GHG emissions by ensuring that all emitters contribute to the solution. An appropriately developed output-based carbon pricing solution provides an effective incentive for big emitters to reduce emissions while also ensuring they stay competitive with jurisdictions that have less progressive climate policies.”

Following this success, six members of the group (pictured above) were appointed to British Columbia’s Climate Solutions and Clean Growth Advisory Council, with Marcia Smith of Teck and Merran Smith of Clean Energy Canada appointed as council chairs.

For more information, see how Teck is Taking Action on Climate Change.