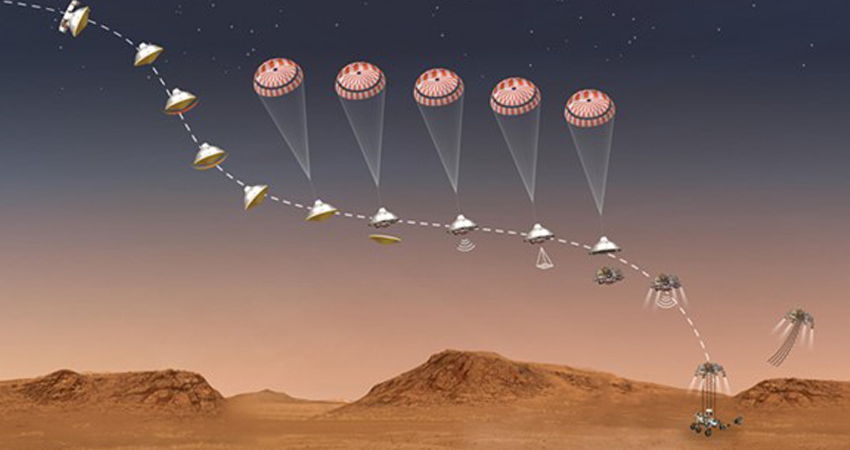 Mission to Mars: A Teck Connection

Mission to Mars: A Teck Connection

This past February, NASA made history with the arrival of the Perseverance Rover on the surface of Mars after a seven-month, 470 million kilometre journey. The Rover, which will explore the Jezero Crater for signs of ancient microbial life, is equipped to collect and store rock and soil samples that will be returned to Earth in the 2030s.

The best chance for us to understand Earth is to go to Mars and learn about that really early rock record that we have lost on Earth.

The Rover’s arrival was a momentous occasion that caught the attention of people around the world. But a lesser known (yet exciting) fact is that Teck has a connection to this historic Mars expedition.

Dr. Kim Tait is the Teck Chair of Mineralogy at the Royal Ontario Museum (ROM) and part of the Mars Sample Return Science Program Group (MSPG) as co-lead of the MSPG-2 Curation Focus Group. Her role is to prepare storage requirements and handling for these Martian samples—some of the most precious materials ever brought to Earth.

These samples will help inform Dr. Tait and her group’s area of research, and will allow them to share key insights on Martian meteorites with the ROM’s Earth and Space section. Not only will these samples help uncover more about Mars—they will hopefully reveal some of the missing pieces in Earth’s early history.

“The best chance for us to understand Earth is to go to Mars and learn about that really early rock record that we have lost on Earth,” Dr. Tait shared in an interview with CTV News. “Earth is such a dynamic planet that we have plate tectonics and volcanoes and water, which is really exciting for life, but for understanding that first billion years of the history of our planet, we have to go somewhere else.”

Teck's support of the ROM stretches back to 2007 and includes establishing the Teck Suite of Galleries, the Teck Digital Education Module in Earth Sciences and the Teck Chair in Mineralogy.

While the haul distance may be more than we’re used to—over 470 million kilometres—Teck is proud to support this historic mission and to contribute to new breakthroughs in mineralogy on Mars, as well as here on Earth.