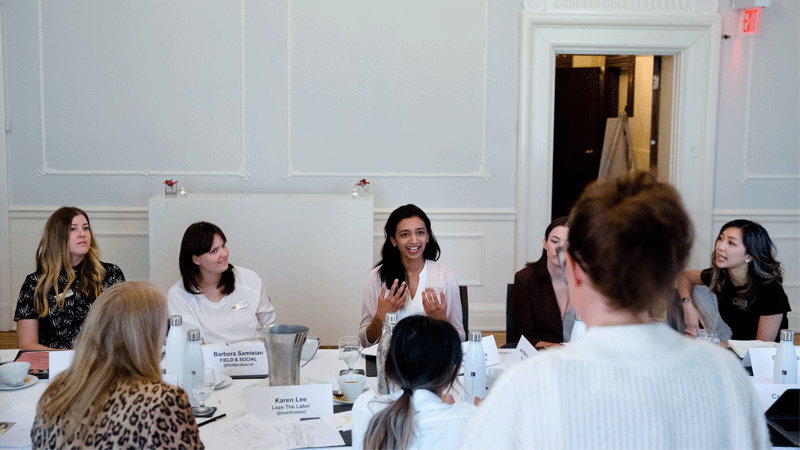 Since 2013, Teck has been providing support to the Forum for Women Entrepreneurs (FWE), a Canadian charity supporting female entrepreneurs through mentorship and education. Founded in 2002, FWE has helped over 5,500 female business owners in Canada overcome obstacles and operate successful businesses.

Their foundational program, E-Series, typically brings together female entrepreneurs for a three-day transformative educational program followed by 12 months of one-to-one mentorship. Participants dive deep into various topics that address key challenges that female entrepreneurs are faced with while running a business. The program also provides a wealth of resources and ongoing support from the team, their community of business leaders, successful entrepreneurs and other interested stakeholders.

FWE has a major impact on its participants. Graduates of the E-Series are three times more likely to be operating their businesses five years after launching than the average entrepreneur in Canada. On average, these graduates also create 10 jobs within three years of graduating and experience an annualized revenue growth rate of 40%, a testament to their hard work and the power of education and mentorship.

In 2015, Teck increased its support by setting up funding grants for FWE that cover travel, accommodation and most of the tuition costs, allowing women in Teck-operating areas to participate in the program. To date, 43 Teck grant recipients, who otherwise would not have been able to travel for educational purposes, have been able to take part and work strategically on their businesses and on themselves as leaders.

The class of 2019 included 61 female entrepreneurs from a variety of industries, business stages and backgrounds, all sharing a strong growth mindset.

Chelan Barnes of Elkford, B.C., which is near Teck’s steelmaking coal operations, was a Teck grant recipient in 2019, and said this about her experience in the E-Series program: “I met some inspirational people and made some key connections. I have come back to Elkford with a calm, clear and excited vision of what and where I want my business to go.”

Learn more about our approach to Relationships with Communities on our website.