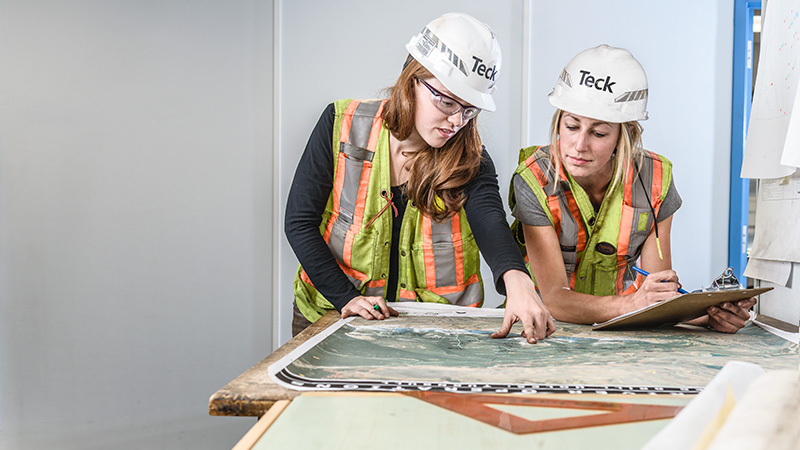 As part of our journey to increasing inclusion and diversity at Teck, we knew that creating a safe space for dialogue and providing training about the value of diversity was critical. In 2017, as part of advancing our Inclusion and Diversity Policy, we launched training with the Gender Intelligence Group across our operations.

During half-day workshops, more than 760 employees — from senior management to front-line supervisors — learned to recognize and value the differences between men and women, and to employ tactics to increase equality in the workplace.

What Is Gender Intelligence?

Gender intelligence is a mindset founded on the neuroscience that underlies gender-specific behaviours. The Gender Intelligence Group advocates that women and men have unique behaviours, and that equality comes from recognizing and valuing those behaviours. Based on their research, there are biological reasons behind the way women and men think and act; the differences between genders are complementary and can lead to more innovative thinking, greater productivity and engagement.

What Are the Benefits of Diversity in the Workplace?

Studies have shown that more diversity at a company can lead to better financial performance, especially at the Board and senior management level.[1] Recognizing the value in unique perspectives from both women and men has also been found to result in a higher retention of all employees and less discrimination company-wide.

The Gender Intelligence Group training also addressed one of Teck’s most important values — safety. According to a Stanford University research project in 2014, it was found that there was an 84% increase in safety with greater gender diversity in the oil sector.[2] These safety performance improvements were due to less risk-taking and improved decision-making.

Our goal is to continue to increase diversity at Teck, with a focus on women and Indigenous Peoples, and to ensure that our workplaces are welcoming and inclusive for all. We will continue to conduct Gender Intelligence training in 2018.

1 Barbara Shecter. “What's a woman on the board worth to stock investors? About 300 bps, according to CIBC study.” Financial Post. 2017.
2 Robin J. Ely and Debra Meyerson. “Unmasking Manly Men: The Organizational Reconstruct of Men’s Identity.” Harvard Business Review. 2008.