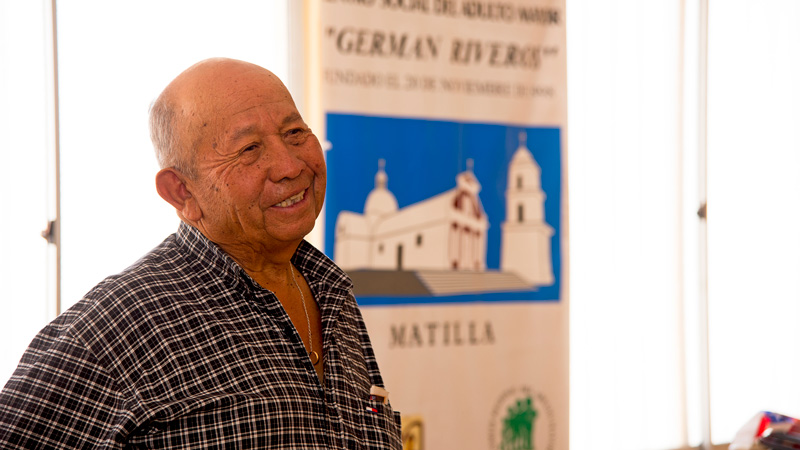 Teck’s Quebrada Blanca Operations is located in the Tarapacá Region of northern Chile, about 1,500 kilometres north of the capital of Santiago. The current mine is approaching the end of its life. As such, Teck is developing a new project at the existing mine site, Quebrada Blanca Phase 2, and conducting engagement with local communities.

Facilitating the expansion project for QB2 means that our area of influence in surrounding communities will change. Part of our approach to opening new operations includes reaching out to potentially affected communities even before activities begin. As such, project planners for QB2 began outreach projects with the surrounding Altiplano and La Pampa communities five years ago. We have engaged approximately 1,500 people in this region.

To form strong and lasting relationships with local communities in the region, Teck is working to conduct transparent and inclusive public participation. This involves submitting public proposals for the design and development of the QB2 Environmental Impact Assessment. We also collaborated with community organizations to collect new social and environmental data related to the operation and design of community projects.

Teck has responded to local capacity concerns by providing funding for technical and legal support to members of four fishermen's and seaweed collectors’ trade unions within the region. Working with the unions allowed us to improve our approach for collecting marine and environmental data for setting long-term objectives.

Our community consultation resulted in modifications to the QB2 project plan. For example, we modified the diffusion system for the planned desalination plant, and incorporated a new access road to the coastal border. In addition, Teck has voluntarily committed to undertake further studies to assess other potential economic, social and environmental impacts.

Joint planning sessions with local communities will continue throughout the life cycle of QB2, from opening through to closure. The goal of these sessions will be to establish agreements of mutual benefit, consolidate direct relationships, and design long- and short-term goals for community involvement.