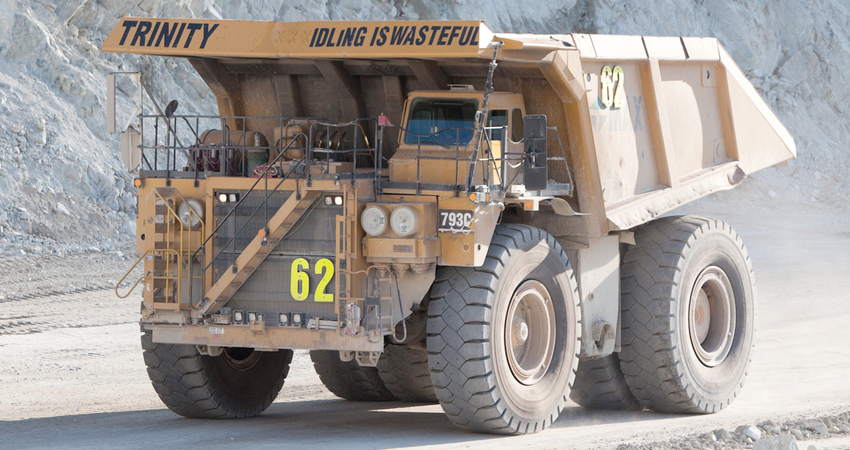 An Operating Excellence success story from the maintenance team at Highland Valley Copper.

Highland Valley Copper (HVC) operates a fleet of 52 Caterpillar 793 haul trucks, each of which is powered by a 16-cylinder diesel engine and nominally rated to carry 240 tonnes of rock. In October 2014, HVC’s maintenance team, which is responsible for determining when a truck’s engine is due for replacement, saw potential to improve the process for making this important decision and took action.

Historically, haul truck engines at HVC were changed out on a strict hourly regimen; once a truck’s engine reached 14,000 hours of life, it was pulled into the shop for replacement. Unfortunately, like any vehicle, problems would often occur before the 14,000 hour mark, so the actual average was closer to 12,500 hours. This created a bottleneck of engine changes in the maintenance shop, and at more than $400,000 per rebuild and a 2% loss in availability to Operations, engine changes were found to be a critical area for improvement. However, simply stretching engine life for its own sake was not good enough; the Reliability group wanted to ensure that trucks stayed productive at a lower risk, which meant taking a closer look at engine health.

The team at HVC began using Condition Based Asset Management, a practice of taking extra steps to determine the condition of a component, and then using that information to make critical maintenance decisions. The team added two systems that together can help pinpoint issues: oil analysis, which identifies problems with both lubricants and the engine, and an onboard monitoring system called a Mobile Equipment Monitor (MEM), used by maintenance dispatchers to keep a close eye on the fleet and to send mechanics to specific trucks as required.

Along with these systems, a weekly meeting was implemented for all maintenance stakeholders, as well as the Planning, Execution and Reliability groups. To flag and deal with any potential pitfalls, in the meeting the team discusses problem detection, scheduling and execution, follows up on previously repaired issues, and then reviews the oldest engines in the fleet, figuring out which to push further and which are nearing the end of their life.

Successfully implementing Condition Based Asset Management has provided the ability to foresee major issues. This helps prevent sudden failures, keeping roads safer. And, the weekly meeting is an important opportunity to ensure accountability within the team and promote open discussion about what is best for the fleet. Thanks to open communication, identification of problems is happening faster and repairs are being made earlier.

As a result of the changes, there has also been a significant extension to the average life of haul truck components, achieved by prioritizing the list of upcoming engine changes. In 2015, the average haul truck engine life was 15,500 hours, a 3,000-hour increase over previous years. Several of HVC’s engines have exceeded 18,000 hours, with more expected to follow in 2016.

By extending engine life, HVC has also been able to delay the changeout and extend the average life of other components, such as torque converters. In addition, HVC has been able to reduce the number of costly unplanned engine changes, freeing up shop space and mechanical labour for more proactive tasks. Finally, less time in the shop means more time hauling and more ore sent to the crushers, and in the last year, nearly 500 more operating hours were gained by engine life extension.