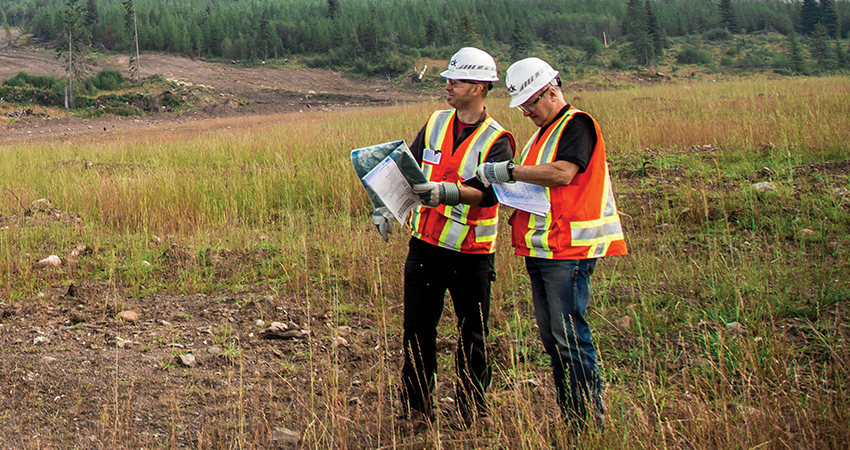 Every area we mine, we do so knowing that in the future, we’ll need to reclaim it back to a more natural state. Salvaging soils is an important part of that long-term process. - Dan Charest, Environmental Officer, Greenhills Operations

Our objective in conducting reclamation is to conserve and re-establish the biodiversity of a mine site, in order to replace much or most of the diversity of natural ecosystems that existed before mining and create a positive legacy for the environment and local communities.

An important technique we use is salvaging soil to assist in the re-vegetation of mined areas. A project undertaken at an area of our Greenhills operation in southeast British Columbia is an example of how we salvage soil for later use in reclamation. We salvaged soil over a large area to a depth of nearly 1 metre—including woody debris such as stumps—and stockpiled it for later use in reclamation activities. To maximize productivity, 16 pieces of soil-mulching equipment worked simultaneously, chewing up woody debris and mixing it all into the soil.

Over the course of the project, we salvaged and saved approximately 1 million cubic metres of this earthy material—the equivalent of about 17 million large bags of soil from a home gardening store.

The soil is stockpiled outside the footprint of the active mine area and is now being used to cover the areas where mining activity has been completed via progressive reclamation, which will occur from now until 2035.

This project demonstrates how we can work to improve reclamation techniques such as soil salvaging, and the importance of the measures we take early in the mining process to help ensure we can fully reclaim mined areas in the future.