Closure Example: Preparing for Life After the Sullivan Mine 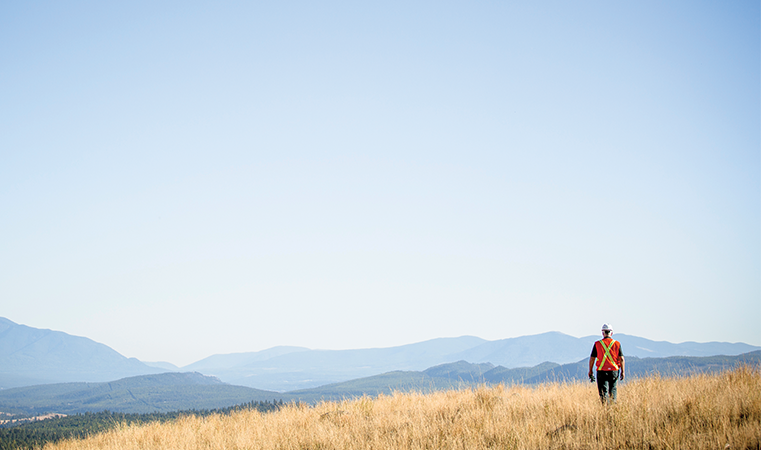 “Closure is the longest part of a mine’s life, so it needs to be done properly. You need to consider how you’re going to restore the land toward its natural state, while at the same time helping the community transition throughout the process and adjust to life after the mine.” – Bruce Donald, Manager, Legacy Properties

Our former Sullivan mine in Kimberley, British Columbia, was once a major producer of zinc, lead and silver. After operating for nearly 100 years, it is now an example of a successful mine closure — a process which included collaboration between Teck and the local community to create lasting benefits.

Sullivan began operating near the beginning of the 1900s. However, detailed closure planning began in 1990 as it became clear that reserves would be depleted by 2001. As the mine was the primary local economic driver, we engaged surrounding communities early on to help create strategies that would mitigate the economic impact of the pending closure. This included career transition planning and training opportunities for employees, as well as the formation of the Sullivan Public Liaison Committee to provide community input into closure planning. The City of Kimberley also actively participated in developing the mine’s Decommissioning and Reclamation Plan.

After the mine closed, we replanted nearly 1,100 hectares of former mining area — an area nearly three times the size of Stanley Park in Vancouver. The water collection and treatment system was enhanced to manage and treat water from the site for the long term and ensure water quality downstream.

The City of Kimberley began to rebrand itself as a tourism and recreation destination, so Teck-owned lands were turned over to the city to help them expand the local ski hill, build recreational resorts and develop golf courses.

Although most reclamation activities were completed by 2010, Teck continues to work with the community to find further post-closure land uses. For example, through a collaborative partnership with the City of Kimberley, a 1.05-megawatt community solar power plant was completed and began operating in 2015 on reclaimed land at the Sullivan site.