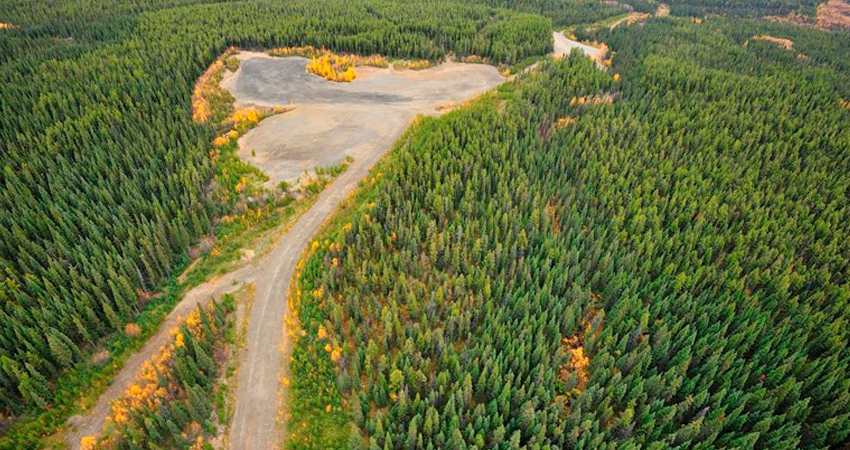 “Teck knows how important it is to build strong and lasting relationships and engage with Indigenous Peoples throughout the closure and reclamation process, to create lasting, mutual benefits.” – Heather Lawrence, Manager, Indigenous Affairs

Responsible resource development, operation and closure requires engagement with the people and communities who live in the region and depend on the land. Often the people living closest to mine sites are Aboriginal and have extensive knowledge of the land making it critical that we have a transparent, meaningful partnership with the Aboriginal peoples in the areas where we operate.

At Teck, we know that engaging Indigenous peoples in the planning process, even before the mine begins, is fundamental to successful mine closure. One example is the relationship built with the Liard First Nation. The former Sä Dena Hes mine lies within the Liard First Nation traditional territory in the Yukon and was acquired by Teck in 1993 after it had been operated for only 16 months. In 2013, when we made the decision to permanently close the zinc-lead mine, it was our priority to work with them on the closure and reclamation plan.

We began a dialogue with Elders, Chief and Council, and community members. Through meetings, open houses, site visits and the development of a project working group, we learned that one of their main areas of interest was maximizing local economic benefits during the closure process. This led to signing of a socio-economic participation agreement between Teck and the Liard First Nation.

This agreement resulted in a local Indigenous hiring requirement for the major general contractor tackling much of the reclamation work on the site. Most of the remaining projects also went through a tendering process with the same requirement, and several contracts were directly awarded to Liard First Nation contractors.

With our support, the Liard First Nation also conducted a qualified personnel search, which included collecting résumés and advising the community about opportunities.

To further promote local involvement, we hired environmental monitors and first-aid attendants from the Liard First Nation and funded traditional knowledge studies. Throughout the closure work, 60 per cent of all Teck-contracted hours worked at site were completed by Indigenous personnel.
As part of our ongoing engagement, discussing end uses for the land was a cornerstone of the dialogue with the Liard First Nation. Traditional land uses such as subsistence activities and traditional values were incorporated into the final plans.

Based on the successful closure of the Sä Dena Hes mine site, Teck was recognized for Excellence in Environmental Stewardship with the Robert E. Leckie Award from the Yukon Government.