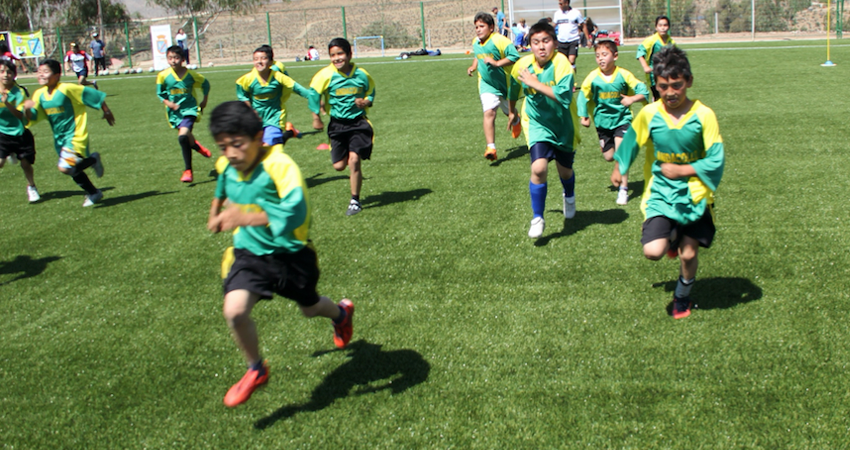 November 2015 marked the official inauguration of Oasis Park in Andacollo, a new synthetic field that will be used by more than 1,500 young athletes from nine soccer clubs in the region, as well as by the community at large.

Teck supported the development of the infrastructure near Carmen de Andacollo Operations (CDA), in a joint effort along with several other local stakeholders.

"The clay courts that were here previously resulted in injuries for many players," said Luperfina Vega, head of the Football Association of Andacollo. "This new space will make it safer for the athletes who compete here, allowing them to maximize their athletic potential."

More than 300 residents were on hand at the opening ceremony celebration, which featured an exhibition game between local municipal representatives, members of the Football Association of Andacollo and employees from CDA. Also present for the occasion were former Chilean national team members. Gabriel Mendoza and Marcelo Vega, who spoke with children ranging in age from four to 12 years from two community soccer schools.

"It was a priority for the residents here to have a permanent sports arena and improve the playing conditions," said Manuel Novoa, General Manager, CDA. "We were pleased to be able to help make that dream a reality."