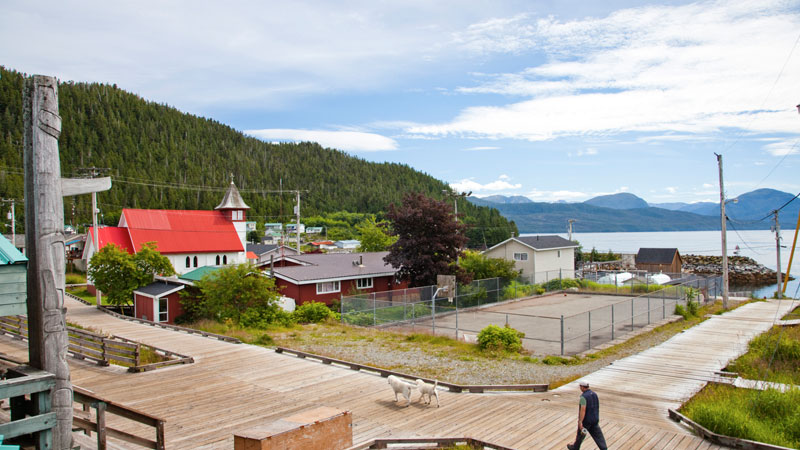 With our focus on supporting renewable energy, Teck is the primary investor in the development of clean battery technology through ZincNyx Energy Solutions.

Around the world, there are thousands of communities without access to stable energy sources. In B.C. alone, there are close to 70 remote communities that are not connected to the major natural gas or electricity grid. Typically, these isolated communities rely on diesel generators that are costly to operate and produce emissions. Renewable energy sources, such as wind or solar power, are attractive alternatives, but these can’t be counted on to provide firm, reliable power throughout the year.

To try and overcome this challenge with renewable power, several companies have developed prototype energy storage systems such as lithium-ion batteries but have faced challenges such as high costs and limited operating conditions. However, a different kind of technology called flow batteries has the potential to overcome these challenges.

A flow battery is a rechargeable fuel cell in which an electrolyte containing one or more dissolved electroactive elements flows through an electrochemical cell that reversibly converts chemical energy to electricity. Additional electrolyte is stored externally in tanks, and is pumped through the cells of the reactor. The total amount of electricity that can be generated depends on the size of the storage tanks.

Flow batteries are modular, stable and portable, and have no emissions. From installation in remote communities to integration within existing power grids, flow batteries have the potential to provide long-term, on-demand and cost-effective energy storage.

With our focus on supporting renewable energy, Teck is the primary investor in the development of clean battery technology through ZincNyx Energy Solutions, a Vancouver-based start-up that is working to develop and commercialize zinc-air flow batteries. For Teck, this represents an opportunity to facilitate the development of a technology that could have broad implications for the way energy is generated and used.

Since 2012, ZincNyx has been developing a modular energy storage system designed to deliver backup power in the range of 5 to 100 kilowatts over extended periods of time using zinc oxide. To advance their research, ZincNyx has formed strategic partnerships with University of British Columbia, Simon Fraser University, Canetique and the National Research Council of Canada. In 2014, ZincNyx released a prototype, and secured further funding from Sustainable Development Technology Canada.

Using zinc oxide technology for flow batteries has several advantages. Both oxygen and zinc are abundant elements and cost-effective for use in energy storage, and zinc provides high-energy density, chemical stability and reversibility.

Flow batteries – such as the zinc-air battery developed by ZincNyx, with its flexible and low-cost scaling, long-term storage properties and the ability to separate the energy storage function from the power generation source – could provide a more efficient alternative for large-scale energy storage. For example, the flow battery could be charged during the day using solar panels, and then provide power to a remote community during the night.

“With our zinc-air flow battery, you can store energy and use it later. This system can give consistent power to remote communities where there’s no grid. It’s one of the areas we want to focus on, moving forward,” said Suresh Singh, CEO, ZincNyx.