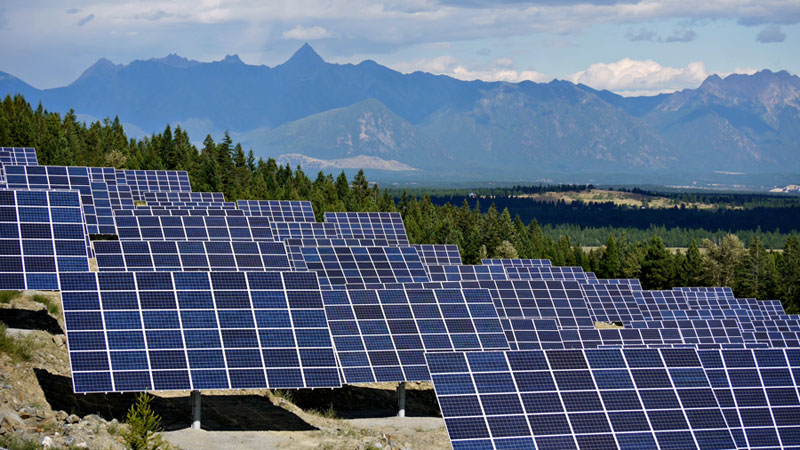 “Participating in SunMine reflects both Teck’s commitment to supporting local communities, even after mining has ceased, and our focus on expanding the use of alternative energy,” said Don Lindsay, President and CEO, Teck.

For over one hundred years, the Sullivan Mine was where we mined the earth. With the grand opening of the SunMine solar farm on July 27, Sullivan is now where we mine the sun.

The SunMine – supported by Teck and built on the fully reclaimed Sullivan Mine site – is groundbreaking for a number of reasons. It is Western Canada’s largest solar power facility, the first developed, owned and built by a municipality in Canada, and the first built at a reclaimed mine site.

“Participating in SunMine reflects both Teck’s commitment to supporting local communities, even after mining has ceased, and our focus on expanding the use of alternative energy,” said Don Lindsay, President and CEO of Teck. “We’re proud to be contributing to the long-term prosperity of Kimberley and commend the City for their entrepreneurial spirit.”

Teck provided use of the land and site infrastructure as well as a $2 million contribution towards SunMine, which uses 4032 solar-cell modules mounted on 96 solar trackers that follow sun movement to maximize solar exposure. The system is supplying enough electricity to the BC Hydro grid to power about 200 homes.

In 1909, the Consolidated Mining and Smelting Company of Canada Limited, a predecessor company of Teck, acquired the mine property and soon after built Sullivan Mine. As the mine grew, Kimberley grew alongside. When the mine closed in 2001, residents and community leaders worked hard to transform their community into a recreation destination famous for its golf, outdoor activities and skiing. Now, with the opening of SunMine on the fully reclaimed site of Sullivan Mine, Kimberley is launching a new era of resource development.

Free public tours of SunMine are being offered several times per day from July 31st to August 5th. To sign up for tours, visit www.sunmine.ca or call the Kimberley Visitor Centre at 778-481-1891.