Soil Reclamation in the Elk Valley 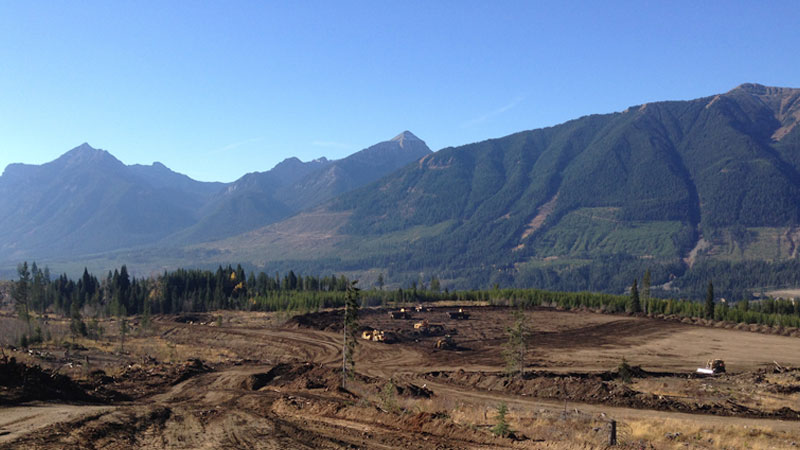 Our goal is to replace much or most of the structural and compositional diversity of the natural habitats that existed before we developed our mines, creating a positive legacy for the environment and nearby communities.

Reclaiming mine sites to establish diverse and self-sustaining landscapes after mining has finished is an important component of our commitment to sustainable resource development.

Our reclamation activities, which are managed by environmental officers at each operation, focus on conserving biodiversity. This work can include the development of diverse wildlife habitats, annual wildlife surveys and aerial seeding in mined-out areas. Our goal is to replace much or most of the structural and compositional diversity of the natural habitats that existed before we developed our mines, creating a positive legacy for the environment and nearby communities.

One important component of the work that goes into reclamation is securing the cover soil necessary to revegetate impacted areas. One way we do this is by collecting and storing soil as areas are mined. The West Spoil Soil Salvage Project at our Greenhills steelmaking coal operation in south-central British Columbia is one such project.

“Every area we mine, we do so knowing that in the future, we’ll need to reclaim it back to a more natural state. Salvaging soils is an important part of that long-term process,” said Dan Charest, Environmental Officer, Greenhills Operations.

A soil salvage plan was developed whereby we would salvage soil from the proposed West Spoil area at a depth of nearly 1 metre and stockpile it for use in reclamation activities. Over three months beginning September 2014, we were able to salvage and stockpile approximately 700,000 cubic metres of soil – an investment of approximately $4.5 million in that year alone.

“To maximize soil salvage productivity, we had 16 mulchers working simultaneously, mulching up woody debris, incorporating stumps and mixing it all into the soil,” said Charest. “Once the project is complete in 2015, we will have recovered close to 1 million cubic metres of soil for use in reclamation – the largest such project ever done in the Elk Valley.”

During the soil salvage project, it was critical to minimize any potential impacts on migratory birds in the area. We had a dedicated migratory bird management plan in place, which included having two bird experts on-site every day during the mulching phase. Wherever a nest was identified or suspected, we did not work in that area until it was confirmed that the bird was no longer present.

The use of salvaged soil also presents an opportunity to benefit water quality. Through our applied research and development, the use of soil covers will help reduce the release of selenium from the waste rock pile, and minimize the impact to the watershed.

We learned valuable soil salvage and placement lessons throughout the course of the project – including that the cost of salvaging soil is less than originally expected – and we are integrating this information into our ongoing mine planning processes.

The West Spoil Soil Salvage Project will help us meet our biodiversity targets, ensure we minimize the impact of our mining activities on the land, and allow us to maintain our social licence to mine in the region for years to come.