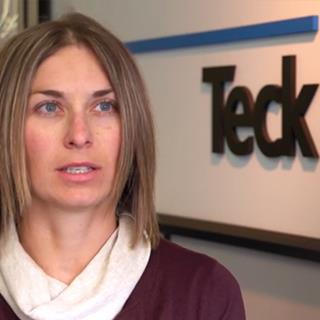 When the campaign launched in 2012, over 400 employees participated. In 2013, the number of participants rose to more than 800 across five sites.

We know that staying healthy day-to-day can be a challenge. We have launched a comprehensive Health and Wellness program to bring health and wellness initiatives together with resources across the company, to create a means for sharing best practices and, above all, to ensure that everyone goes home safe and healthy every day.

When the campaign launched in 2012, over 400 employees participated. In 2013, the number of participants rose to more than 800 across five sites. The benefits of these standard health tests can be significant; early detection through the clinics identified serious health conditions for two employees, Jerry Diederich, Senior Foreman, Mine Operations, and Roger Phillips, Serviceman, Mine Maintenance, both at our Line Creek Operations in the Elk Valley of British Columbia.

It was a typical day for Jerry when he was called to the clinic. When the nurse took his blood pressure, she saw that it was very high and he was encouraged to see a doctor. Nine days later, he suffered chest pain and linked this with the knowledge he received during his health screening. This prompted Jerry to go to the Emergency Room where he was diagnosed with a blocked artery.

“I’m lucky we caught it in time, so we can turn it around,” said Jerry.
Roger was screened by the same nurse, who after taking his blood pressure, told him to go the hospital immediately. Further testing revealed that Roger needed emergency surgery. He had a grapefruit-sized aneurysm on his abdominal aorta. “The aneurysm was on the verge of exploding,” said Roger. “If it had burst, I wouldn’t be standing here today.”

In 2014, we will continue running Know Your Numbers clinics throughout the company.