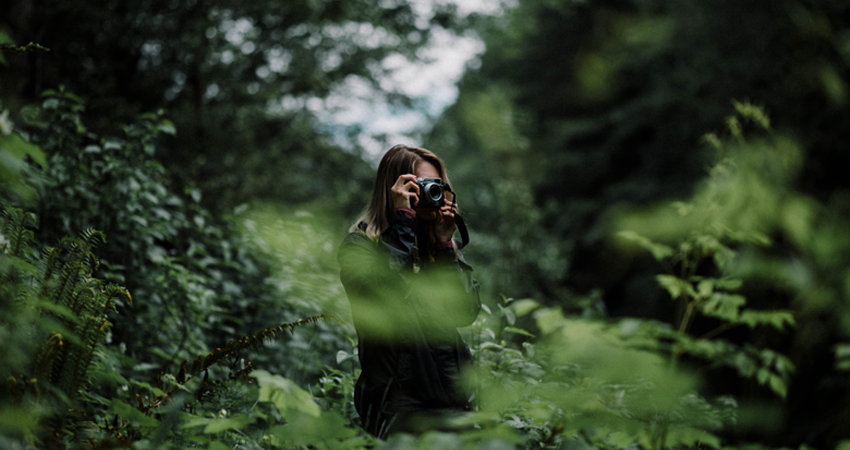 British Columbia is blanketed in vast stretches of mountains and forests, with areas of grasslands, subarctic tundra, and even pockets of Mediterranean or semi-arid climates. This impressive array of diverse ecosystems is host to the greatest biodiversity in North America.

In 2018, Teck partnered with the BC Parks Foundation to harness the enthusiasm of residents and visitors for B.C.’s natural beauty in helping to catalogue the biodiversity of the province’s outdoor spaces. Little information exists on biodiversity within B.C.’s parks, in part because of the size of the parks and the costs of collecting this data. The BC Parks Foundation began the BC Parks iNaturalist project with Teck’s support, and in partnership with BC Parks and researchers from Simon Fraser University and the

University of Victoria. The project aimed to take on the challenge of cataloguing the variety of plants and animals that call B.C. home.

The pilot utilized iNaturalist, a mobile app that allows park visitors to collect observations using mobile phones or cameras, which they can then upload to the app or website. Meanwhile, the BC Parks Foundation worked with researchers at the University of British Columbia to create WildCAM, a network of remote wildlife research cameras that provided data to supplement iNaturalist observations. The ambitious goal of this first step was to collect 10,000 observations in the first year.

By the end of the first year, the iNaturalist project recorded an impressive showing, with more than 100,000 observations recorded by over 2,000 citizen scientists. Their observations came from over 500 parks across the province.

“This pilot has been a fantastic adventure that has produced results far beyond what we imagined,” according to Dr. Andrew Day, CEO of BC Parks Foundation. “It shows that people care about and are interested in the life around us, and what is possible when you make it easy and meaningful for them to act.”

Beyond the numbers, this project revealed some amazing findings about wildlife in B.C. A sampling of these include:

“The treasure trove of data will help inform us about things such as which species are declining, which are surviving and what is happening with invasive species,” says Dr. Day. “That knowledge, along with other results we can’t even yet predict, will help improve protection, restoration and management of B.C.’s incredible natural heritage.”

The amazing participation in the BC Parks iNaturalist Project has spurred on even more ambitious ideas for the project’s future. The BC Parks Foundation has partnered with local universities and non-profits to explore how the project’s observations can help tackle big problems like forecasting climate change impacts and studying the effect of COVID-19 on our natural environments.

For more information on the iNaturalist project, visit the BC Parks Foundation website.

How to become a citizen scientist and help enhance B.C.'s parks

BC Parks Foundation and Teck are challenging British Columbians to collect observations of wildlife and natural species in B.C.  To date, there have been more than 1 million observations submitted, with almost 23,000 citizen scientists using the iNaturalist app.

When you visit B.C.'s provincial parks and protected areas, collect photographic observation of plants, animals, other organisms and natural features, and upload them to the iNaturalist website or app through the following steps:

These observations help researchers develop a deeper understanding of what parks are protecting and can inform management decisions to sustain these protected areas for generations to come.