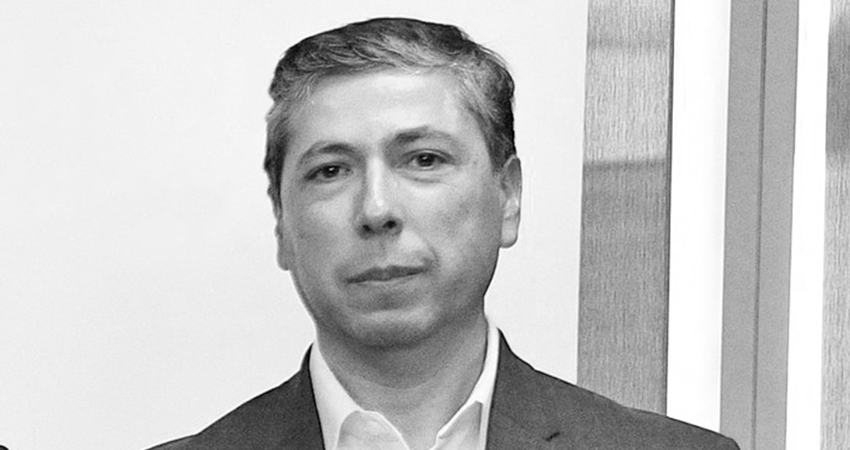 As Energy Manager for Teck’s Operations in Chile, Marcos Cid is passionate about making a difference in the global fight against climate change and plays a key role in our journey to becoming a carbon-neutral operator.

I feel proud to be part of a team that is working on such a critical aspect to bring these contracts to fruition. And today we are already well advanced towards achieving our goal. In fact, the recent long-term power purchase agreement for CDA means 60% of our energy needs or our Chilean operations will now be met using renewable sources.

Born in Concepción in the south of Chile, Marcos began his career as an electrical engineer, spending 20 years working for various companies before joining Teck eight years ago. Teck’s strong focus on climate action and the emphasis placed on sustainability more broadly were an important draw for Marcos.

“I couldn’t be prouder to have joined Teck and contributed to such important work,” says Marcos. “The progress the team has made to reduce our carbon footprint in Chile is industry-leading, and I am thrilled to be a part of it.”

An avid outdoorsman and model-train enthusiast, Marcos is also the father of two boys aged 15 and 19. His oldest is following in his footsteps, beginning his first year of university studies in mining and engineering this year. Family is important for Marcos, and he hopes to set an example for his children with the climate action work he is doing at Teck. “I have a vision for a greener future, and I want others to share this vision because that’s what the world needs.”

Teck has set the ambitious goal of achieving carbon neutrality by 2050. As an interim goal, we’re working to procure 50% of all electricity for our Chile operations from clean energy sources by 2025, and 100% by 2030. Marcos plays an instrumental role in this goal by procuring and structuring the clean energy contracts that will help achieve these goals.

“I feel proud to be part of a team that is working on such a critical aspect to bring these contracts to fruition. And today we are already well advanced towards achieving our goal. In fact, the recent long-term power purchase agreement for CDA means 60% of our energy needs for our Chilean operations will now be met using renewable sources,” Marcos adds.

Marcos is most excited about breaking down the technological and cultural barriers to achieving Teck’s new climate and energy targets. There are significant challenges associated with fleet electrification and the green transition to cleaner forms of technology. It’s also imperative that Teck continues to be innovative and nimble in its approach. For Marcos, having an open mind is key to overcoming the structural barriers to change.

“Teck’s goals are quite challenging,” says Marcos. “This is what I like most. I feel that we are at the exact moment for this technological transition in which Teck must be an agent of change and a leader. I’m very excited to be a part of it.”

In Marcos’s view, this is a critical opportunity for industry leadership, and Teck has a unique influence at this pivotal time in the world. “We have leadership throughout the organization that leads us to be increasingly committed to sustainability. We can make a difference.”